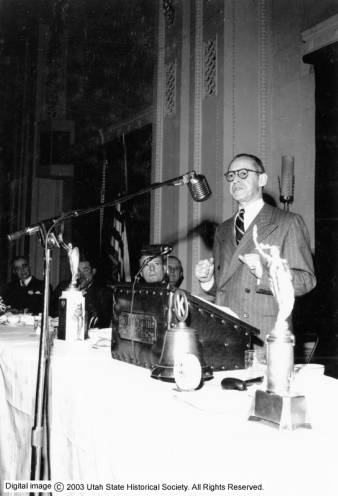 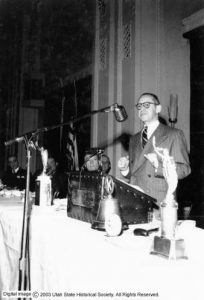 Eccles built First Security Corp., the nation’s first multibank holding company, which laid the foundation for a business-financial empire that continues to be the leading support of public service projects in Utah. His farsighted monetary policies caught the eye of President Franklin Roosevelt, and Eccles became one of the architects of Roosevelt’s New Deal efforts to end the Great Depression. He served 13 years as the reforming chairman of the Federal Reserve.