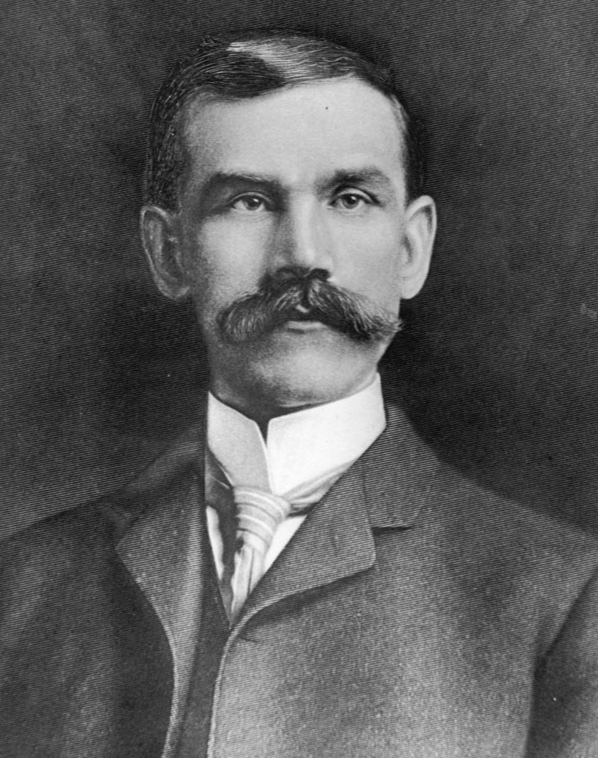 Reed Smoot represented Utah in the United States Senate for thirty years, longer than any other Utah senator past or present. He was the first native-born Utahn to establish a national political reputation and was also the only Mormon apostle to serve in the U.S. Senate. During his senatorial career, Smoot served concurrently as a Mormon apostle, thus earning the nickname of the “Apostle-Senator.”

He was born in Salt Lake City, Utah, on 10 January 1862 to Abraham Owen and Anne Kristina (Morrison) Smoot. He attended public schools and the University of Utah, and graduated from Brigham Young Academy (now Brigham Young University) in 1879. He served as a Mormon missionary in England and later married Alpha M. Eldredge of Salt Lake City on 17 September 1884. They were the parents of six children: Harold Reed, Chloe, Harlow Eldredge, Annie K., Zella Esther, and Ernest Winder. Alpha died on 7 November 1928 and Smoot later married Mrs. Alice Taylor Sheets on 2 July 1930.

Before his election to the Senate, Reed Smoot engaged in a number of business enterprises, including banking, mining, livestock raising, and the manufacture of woolen goods. He was president of both Provo Commercial & Savings Bank and the Smoot Investment Company. He also served as a director of ZCMI and of the Deseret Savings Bank in Salt Lake City. Smoot was active in the Mormon church and was called to the presidency of the Utah Stake (Provo) in 1895. He served there until his ordination as an apostle in 1900.

Reed Smoot was elected to the United States Senate as Republican in 1902. His election sparked a bitter four-year battle in the Senate over whether he should be allowed to serve due to his position as a Mormon apostle and the Mormon Church’s policy regarding plural marriage, among other concerns. During these four years, the Mormon Church was on trial as much as was Reed Smoot. Smoot was finally allowed to take his seat in the Senate on 20 February 1907. He was re-elected in 1908, 1914, 1920, and 1926, and served from 4 March 1903 to 3 March 1933. Because of the Senate seniority system, Smoot served as chairman of the powerful Senate Finance Committee from 1923 to 1933, as well as on the Senate Appropriations Committee. Senator Smoot was recognized as an expert on government finance and public land issues. He was known for his discipline, hard work, integrity, and thorough preparation. His politics were conservative and pro-business. He is perhaps best known as the joint author of the famous if often criticized Smoot-Hawley Tariff Act.

Senator Smoot was an unsuccessful candidate for re-election in 1932. He moved back to Salt Lake City in 1933 and retired from active business and political pursuits to devote his full-time efforts to his apostolic calling until his death on 9 February 1941 in St. Petersburg, Florida, while on a visit. At the time of his death, he was next in line to succeed the president of the Quorum of the Twelve and third in line to succeed the president of the Mormon church. While serving as an apostle and Senator, Reed Smoot helped to improve the public image of both the state of Utah and the Mormon church in the eyes of the rest of the nation.